Musical pictures from the archives of Lithuanian Television 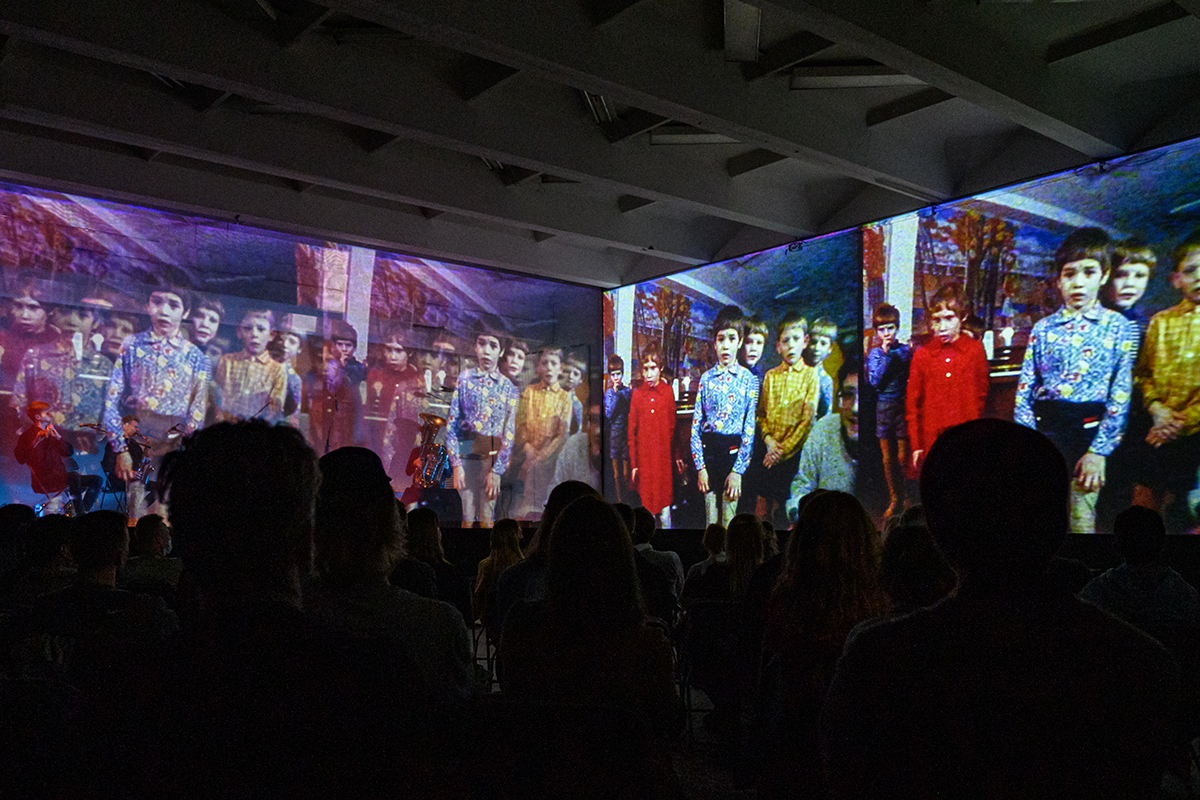 Radvila Darius, Son of Vytautas is a dialogue between live music performed by four instrumentalists and video excerpts from the archives of Lithuanian Radio and Television.

The period of censorship at Lithuanian Television ended in the last years of the eighties. The air was flooded with issues, suggestions and comments accumulated over the years – everyone had to say their word. In the absence of formal freedom, the viewers soon got involved in the quest for new identity, heroes and vision of a better future. Music commenting the sights of the time immerses the viewers into a tragicomic narrative of problems, which has begun thirty years ago and continues to the present day.

Nostalgia for the past is replaced in the piece by ironic interpretations of sounds of the eighties and nineties, while the questions formed by absurd repetitions and sentimental inclusions continually arise in a collage atmosphere: does that all represent the quest for “Lithuanian” character, or is it a mere routine of human being and everyday life?

The piece features video materials from the archives of Lithuanian Television: fragments of TV shows “Veidrodis” (Mirror), “Akistata” (Tete-a-tete), “Vilnius ir vilniečiai” (Vilnius and Vilniusites) and “Sekmadienio rytą” (On a Sunday Morning) from the period of 1989–1991.

They say the creator keeps solving the same conflict in his/her work. Year to year, from piece to piece – the characters and themes keep changing, but the fundamental conflict remains the same – could it be that the nation is doing the same?

Analysis of three-decades-old archival materials reveals that time has little effect upon the topics we are talking about. Excess talk leads to inflation of words as they lose their meanings. Perhaps music might help to understand or at least grasp their meaning.

It was a balance between music as something feeding on modernity, and the visual dramaturgy as something digesting history. A very interesting crossing of two genres.