Sonic experience at the Vilna ghetto 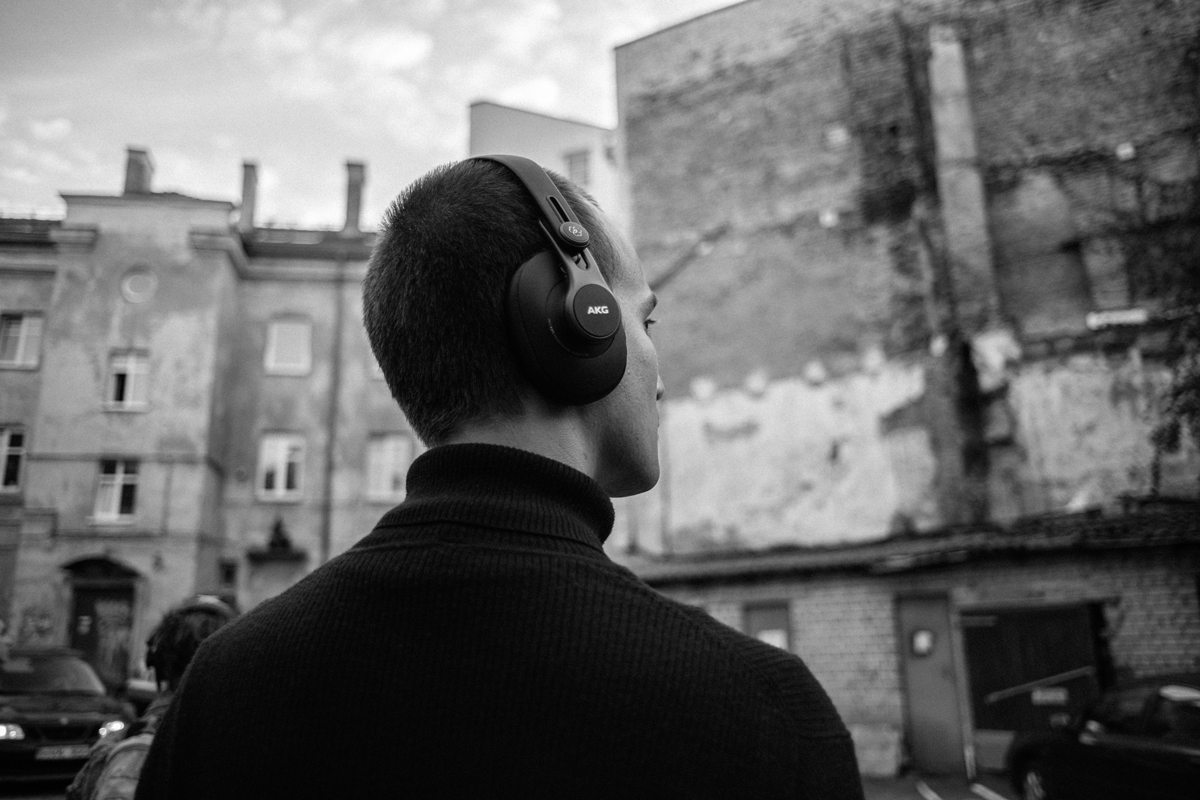 Sound recordings from the interviews with Frida Sohat, Joshua Zak, Sore Voloshin and Baruch Shub were used in The Filler.

Participants of the sound recordings:

The Filler is an audio walk around the territory of the former Vilna ghetto and the intermittent turns of memories of the Holocaust. Sonic map of the journey consists of musical fragments specially composed for every space, while the direction of movement is defined by voices of four Holocaust survivors, who have moved from their hometown Vilna to Israel after WWII. Creators of The Filler have recorded their voices during conversations that took place in Tel Aviv, Jerusalem and Haifa in May 2019.

Frida Sohat (b. 1929) was a prisoner at the Vilna Ghetto, Klooga (Estonia) and Stutthof (Poland) concentration camps. She moved to Israel in 1957, wishing to meet her father who had survived World War II as well.

Joshua Zak (b. 1929) has settled in Haifa after leaving Vilnius, becoming a Professor of physics at Technion – the Israel Institute of Technology. In 1989 he discovered the Zak Phase Z(k), for which he was awarded a prestigious Wigner Medal in 2014.

Sore Voloshin (1928–2020) is the sole survivor from the family of over 50 relatives who lived in Vilnius. She was a cousin to Yitskhok Rudashevski, young author of the Vilna Ghetto Diary, who was killed in Paneriai.

Baruch Shub (1924–2020) was a member of an underground Jewish movement during the war. After moving to Israel, he became a flight engineer. To this very day he is giving lectures on Antisemitism and is a member of diverse public organisations.

The sonic document, as a kind of memory artefact, is the pivot of the piece surrounded by musical interpretations of the streets, yards, corridors, apartments, halls and other spaces of the Vilna ghetto. Fragments of interviews heard therein extend beyond the function of a mere verbal narrative – sonic events contained in the recordings suggest themes for choirs or electronic compositions, individual narratives acquire characteristics of arias, the voices are incorporated into soundscapes, becoming full-fledged means of musical expression. Everything is further supplemented by abundant binaural recordings, bringing a sense of reality to sounds heard in the headphones.

This way unique aesthetics of the musical narrative of The Filler is born, turning it into dynamic Gesamtkunstwerk of the present day, where the body of the viewer and its spatial movement also play an important part.

The piece balances between the relocation “back to those times” and the return “to the present”. While investigating the limits of such transfer possibilities (in their own minds first) the creative team does not hide from the fact that the movement takes place in the present day Vilnius – a city that is rapidly changing, is painted and decorated, hidden beneath the construction mesh and, at times, still awaiting the coating of a fresh filler.

Members of the creative team will follow the viewers split into small groups, inviting to take a collective look at what is hidden beneath the filler coating and to contemplate on some major questions: are there limits to the understanding of Holocaust? Where does memory end and imagination begin (if such divide is altogether possible)? How do we recover things that were mostly destroyed during the war, what forms could they take?

In 2020, the creative team behind The Filler have received the Golden Stage Cross award for the best dramaturgy.

Although The Filler connects the lost Jewish Vilnius (via reminiscences of its people, architecture, etc) with a modern day version of a city, filled with cultural and barbaric layers, the piece definitely and clearly testifies in the present, not the past tense, telling about Vilnius of today, a city without the voices silenced by the Holocaust.

I have not experienced a better modern interpretation of the ghetto – it was an ultimate experience after all.<…> It is very difficult to appeal to the senses without manipulating them and that is something that the authors of the piece managed to achieve. <…> Do not miss the opportunity. It is worthwhile to travel to Vilnius just to see The Filler.

Lara Lampert, Head of the Judaica Research Center at the Martynas Mažvydas National Library of Lithuania

The great merit of The Filler lies in the fact that the creators refuse to create a sculpture. They prefer to hand a stone instead. <…> Although the created soundscape is dense and multilayered, it is also careful as human breathing; leading to sensuality, distracting from the field of meaning, also allowing the person to simply breathe.

Resembling an intermittent connection between the memories of the collocutors and history, between their words and ever-changing spaces, the storyline of the performance does not let us hear or learn something, rather allowing to sense or remember a dream, which someone has already dreamt and, therefore – experienced.

Creators of The Filler simply sacrifice themselves, so that the murdered ones could find their guardian angels at least today. It is the most beautiful and dearest experience of The Filler. Without waving the facts at us, without accusations regarding the past, the creators of the work seem to carefully, on tiptoe, bring and immerse us into the world around and within.

Historical memory in this journey emerges not as reflection of factography, but rather as a drama that exists in the actual present, is construed by unpredictable imagination and is subjectively experienced.